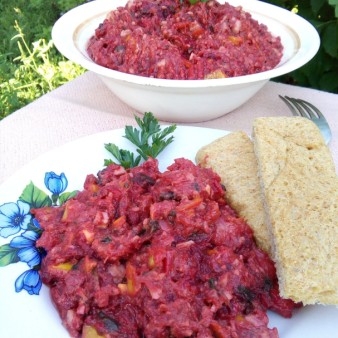 All trivial, simple enough, but very tasty... Beets, zucchini and spinach. All freshly harvested, from our own garden. Spinach already frozen. 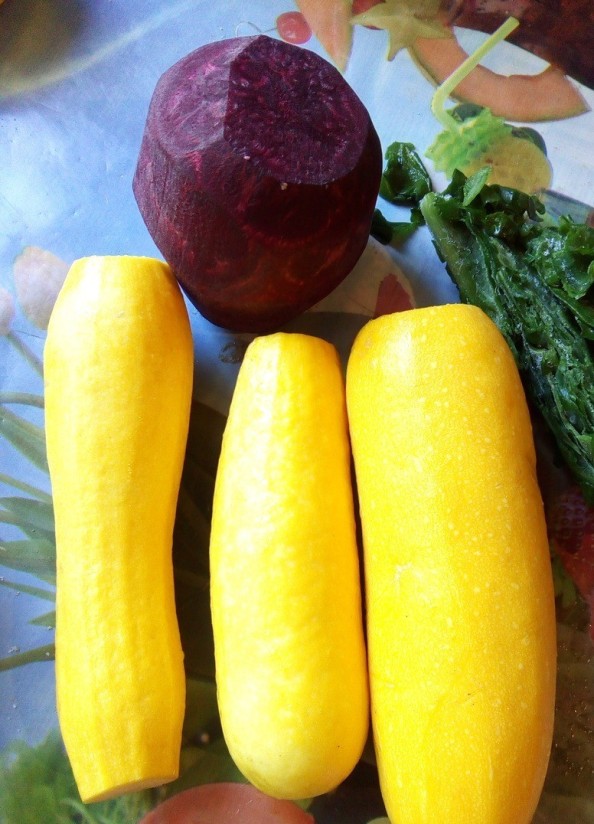 I also had homemade eggs, from domestic hens. I boiled them and pounded them with a mashed potato masher (it's faster). 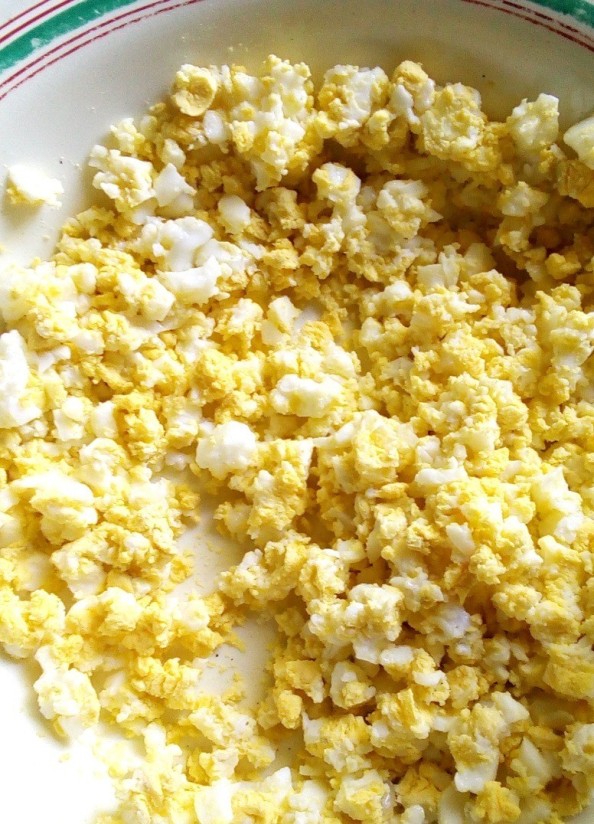 I divided the fat into two parts. I have pork lard. In one part of the lard, I stewed diced zucchini until soft, under a lid over medium heat. Then I salted to taste and added spinach chopped into small pieces. I simmered for another five minutes. 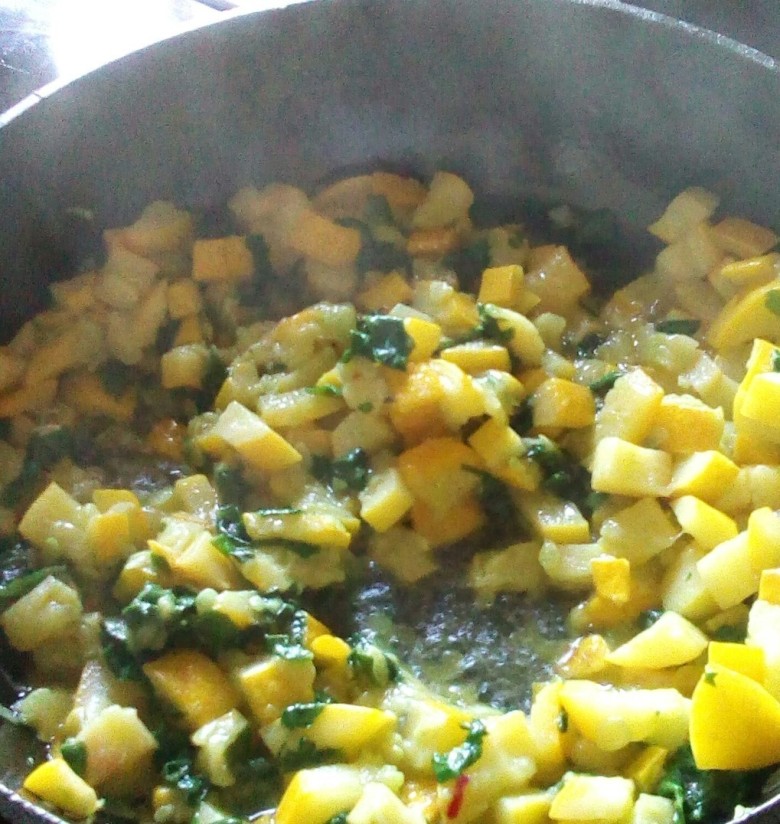 In the second part of the fat I stewed separately, grated on a fine grater beets. Until soft. And then I added the cooked beets to the zucchini and stirred. 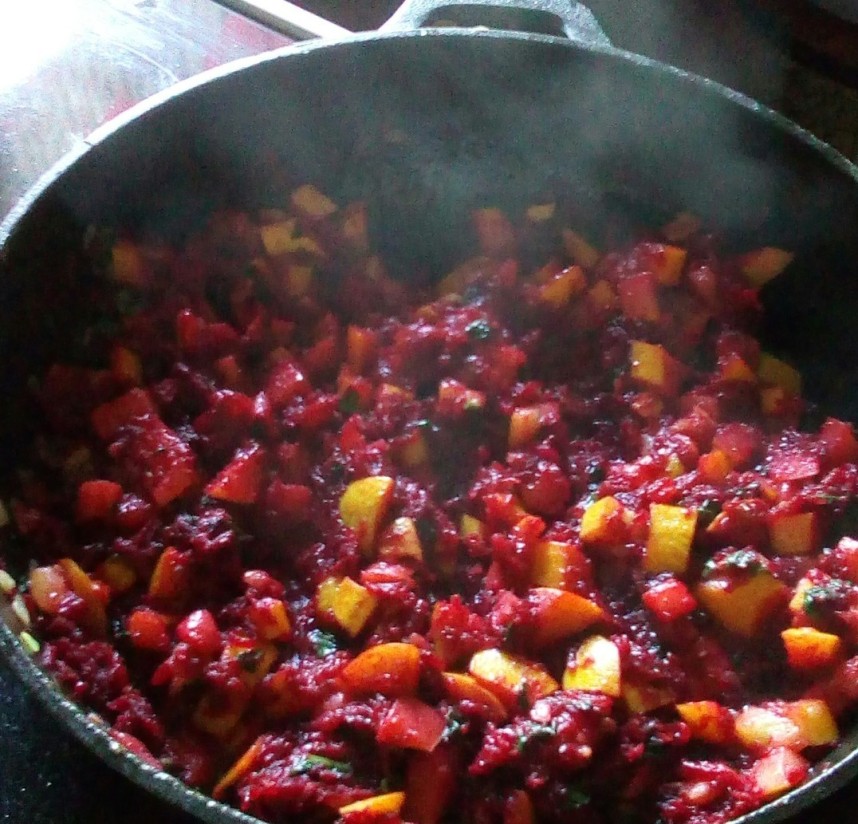 I added the eggs and once again pounded everything together until smooth with a mashed potato masher. 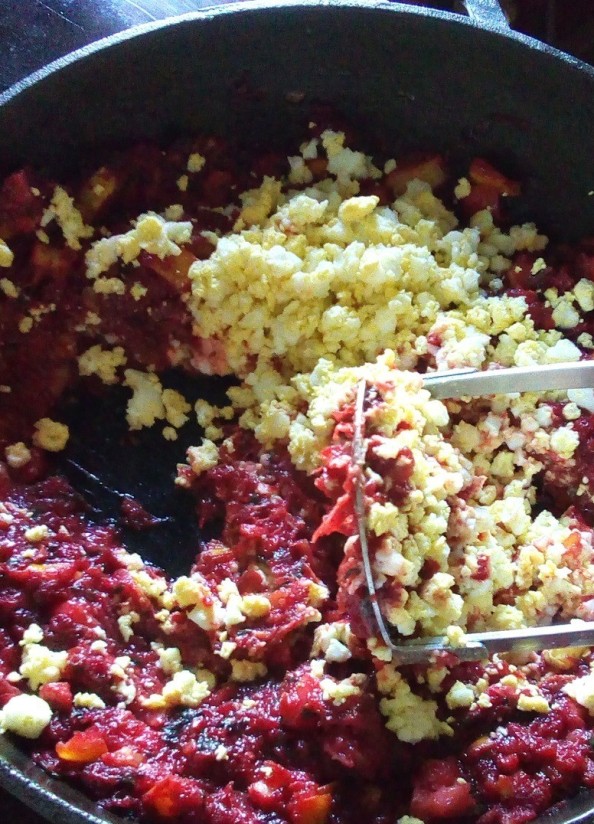 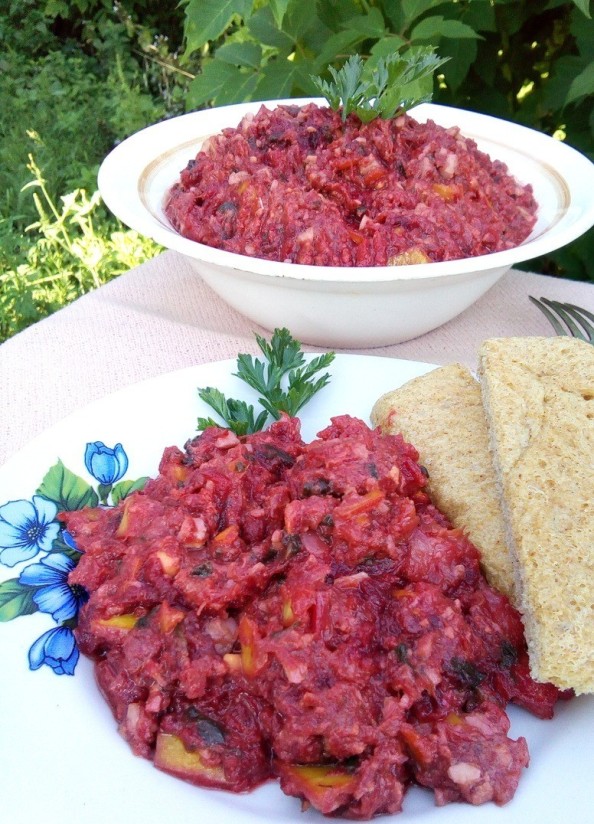 It turned out as a self-sufficient dish, and as an appetizer. 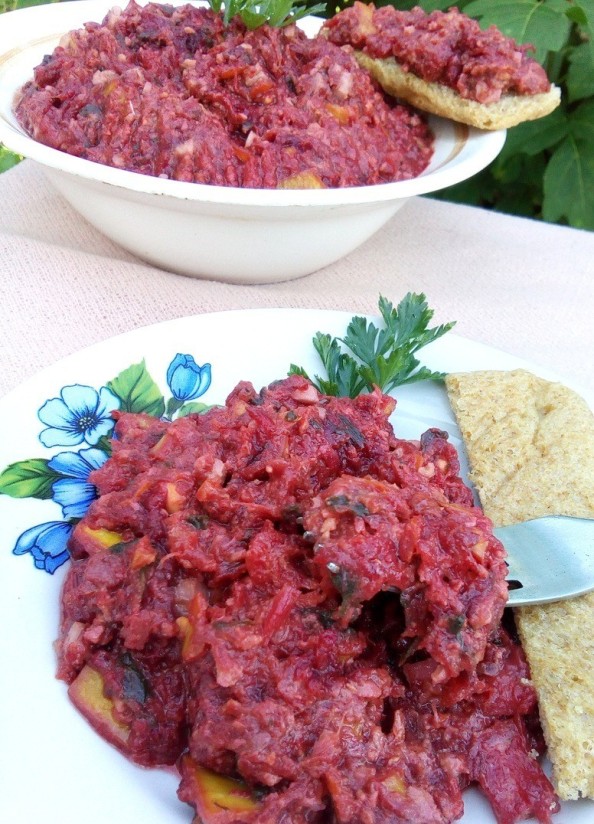 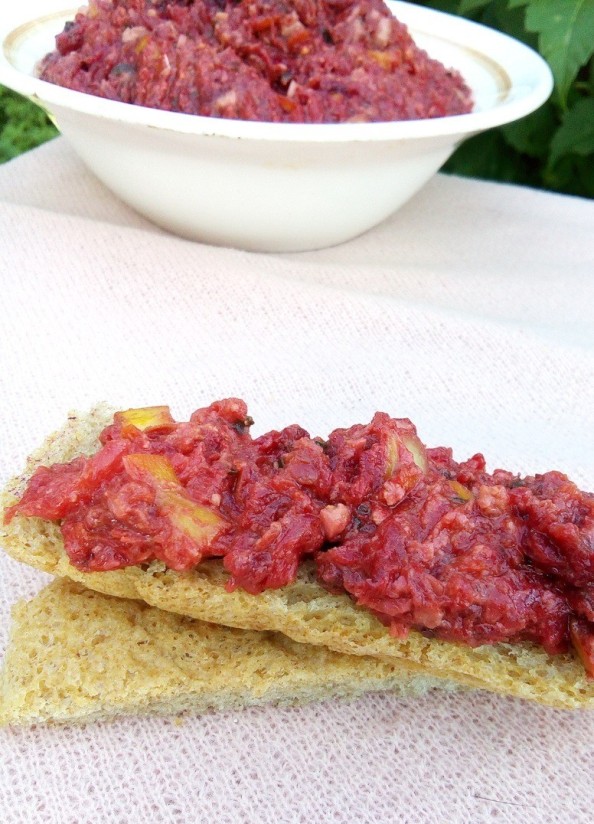 It's very tasty, nourishing and healthy. Enjoy your summer appetite, too! 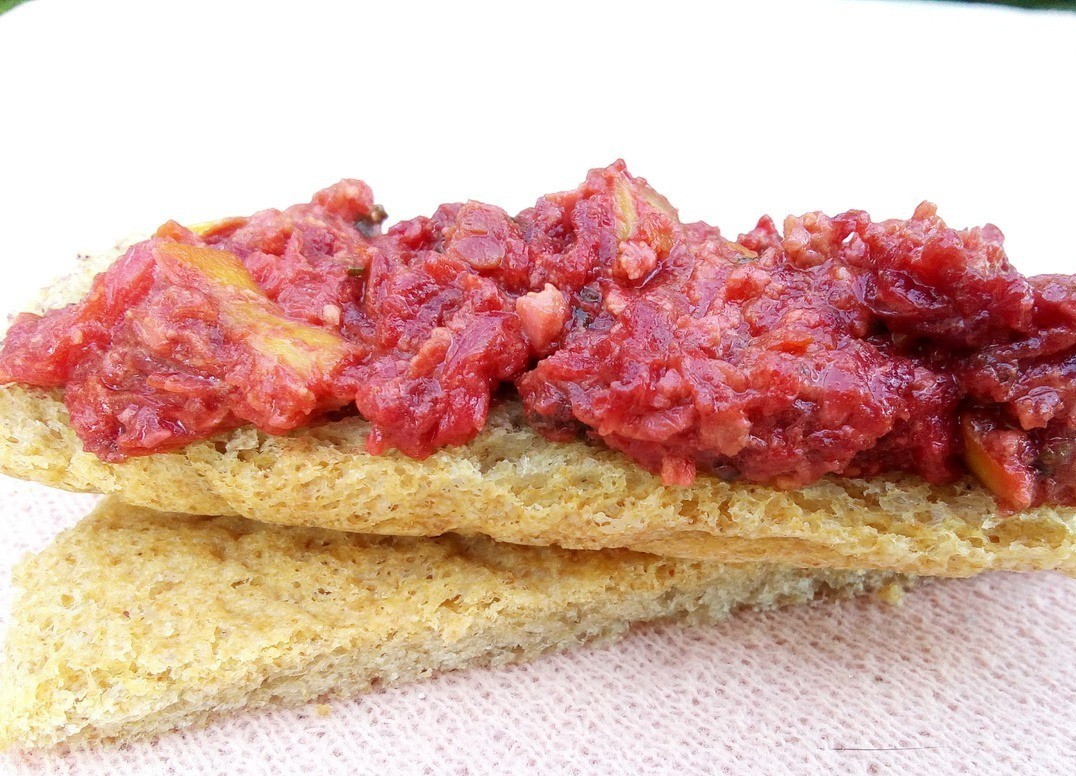