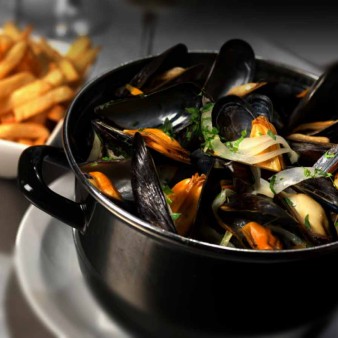 Quail with apples in the sleeve
views : 85

Pampushki with herbs and garlic
views : 13

Rinse 1 kg fresh mussels under cold running water to remove any grit, then use a cutlery knife to scrape off any barnacles. While the 'beard' isn't harmful, it isn't very nice to eat. To remove, grasp it between your thumb and fore finger and pull downwards towards the hinged end of the shell. Tug firmly until it comes out. Place a large, heavy-based lidded saucepan over a low heat. Add 15g butter, 1 finely diced onion and 2 finely sliced spring onions; cook, covered, for 10-12 mins until the onions are soft. Don't let them colour. You want the flavour to be sweet and delicate rather than caramelised. Add 2 crushed garlic cloves and ½ x 15g pack of roughly chopped flat-leaf parsley to the pan. Fry for 2 mins, covered, then add 100ml wine and 100ml water. Remove the lid, increase the heat to bring to a simmer. You could also give the sauce a delicate herby flavour by adding bay leaves or thyme before adding the liquid. 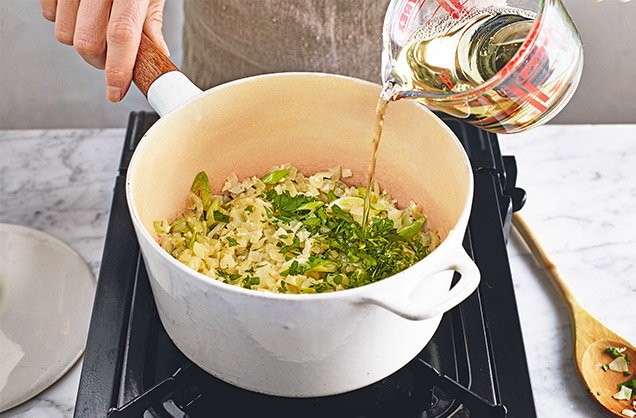 Add the mussels, cover tightly (to retain the steam), increase the heat to high and cook for 5 mins, shaking the pan occasionally to bring the bottom mussels to the top. Meanwhile, put 800g frozen French fries in the oven and cook to pack instructions. Remove the lid on the pan of mussels after the initial 5 mins: if the mussels are all open, they are cooked. If most are still closed, cover and cook for a further 1-2 mins or until opened.

Tip the mussels into a colander set over a bowl to catch the liquid for the sauce. Discard any mussels that haven't opened. Cover with a lid to keep warm while you make the sauce. 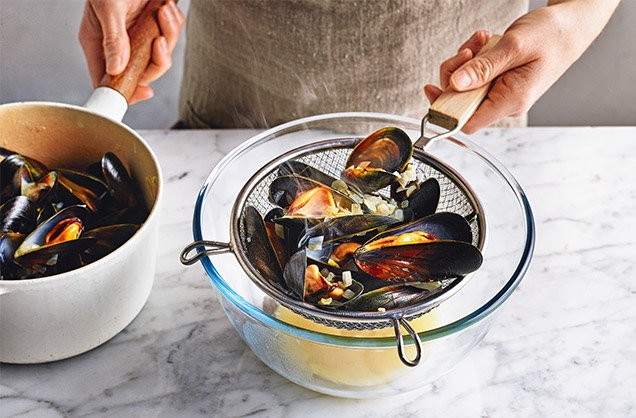 Pour the liquid into the pan and boil for 3-4 mins until reduced by half. Taste the reduced liquid before you add the cream. It should be intense (the cream will dilute it). If it's not strong, reduce for a few mins more. Once the reduced liquid has reached the appropriate intensity, reduce the heat to low and stir in 100ml single cream. 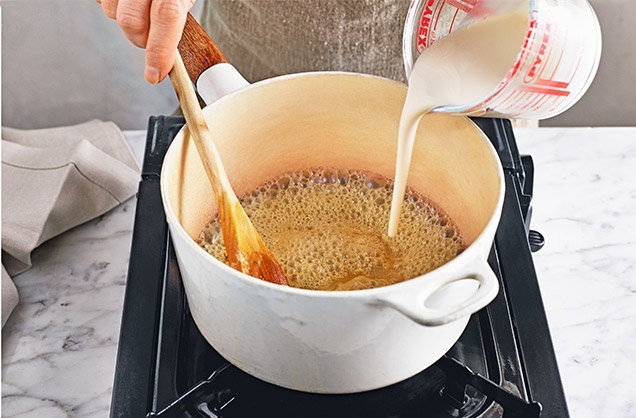 Transfer the mussels to serving bowls, pour over the sauce, sprinkle over the remaining parsley and serve with the French fries. 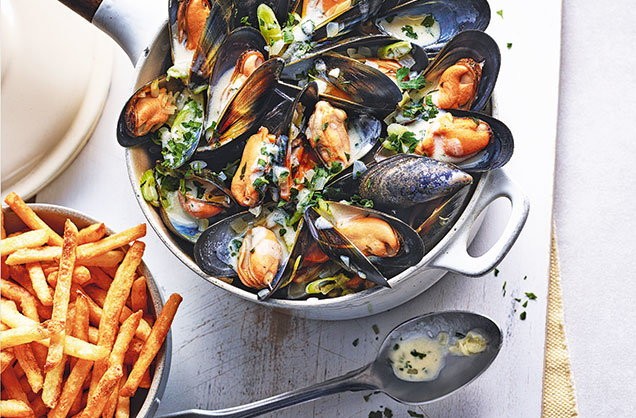