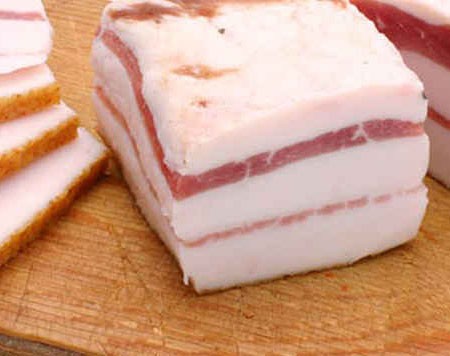 Pour water into a pan, add onion husks, salt and other spices except garlic and ground pepper. After boiling, cook for 5 minutes, then lower the lard to completely cover it and cook for 20 minutes, if there is a layer of meat, you need to cook for 40 minutes. Turn off the heat and leave the lard in brine for 24 hours. Then remove from the brine, wipe with a towel, grate with ground pepper and garlic, put in a bag and in the refrigerator for another day. 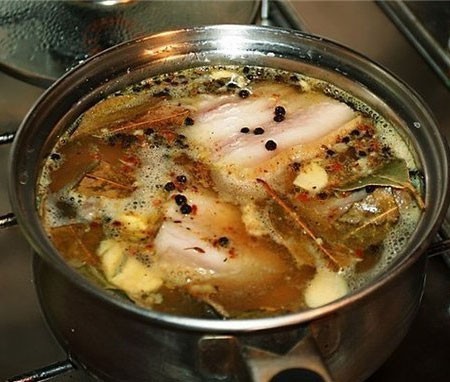 Lard in onion peel is ready, it can be stored in the refrigerator for 3 months. 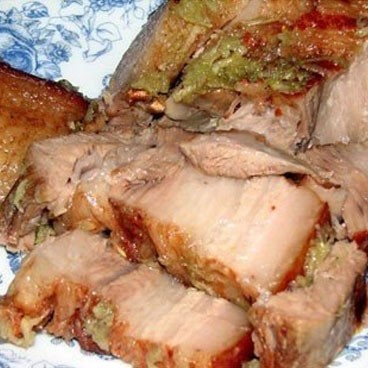