Cut the tail of the eggplant and make deep cuts along the entire length without cutting to the edges to make it like pockets. Sprinkle with salt to get into the cuts and leave for 20 minutes. 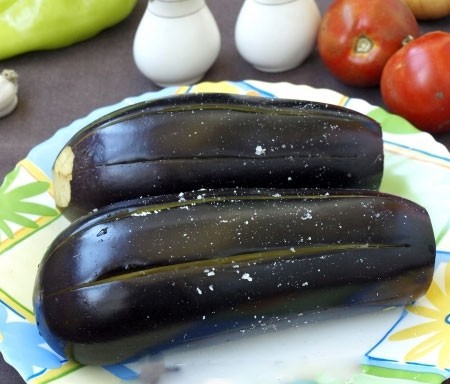 Dice the peppers and onions. 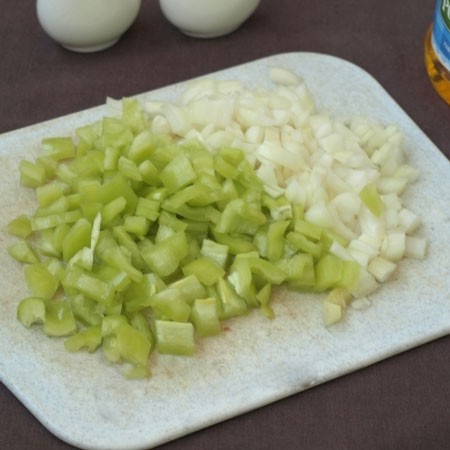 Slice the garlic and tomatoes as well. It is advisable to remove the peel from tomatoes. 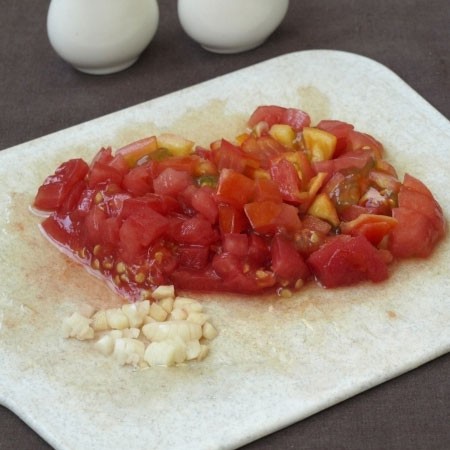 Squeeze out the eggplant a little from the released liquid and fry in vegetable oil from all sides, this will take you about 15 minutes. Then let them cool slightly. Take a high frying pan. 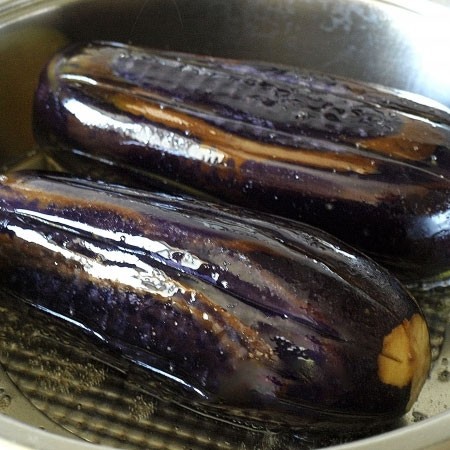 In the same pan, fry the onion and pepper until the onions are transparent. Add the tomatoes and half the garlic. Season with salt and pepper to taste and cook for a few minutes. 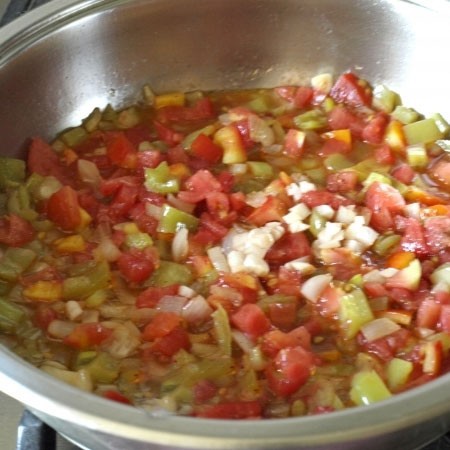 Stuff the eggplants with the prepared vegetables using a spoon. If the filling does not fit in, leave it in the pan. 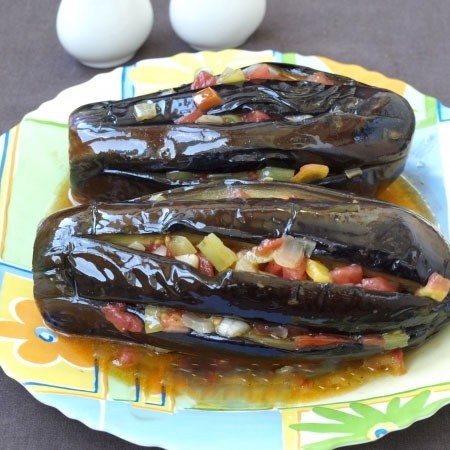 Put stuffed eggplants in a pan, pour boiling water and simmer for 10 minutes under the lid. Then turn the eggplant over and sprinkle with the remaining garlic. Turn off the heat, cover and let stand for another 10 minutes. 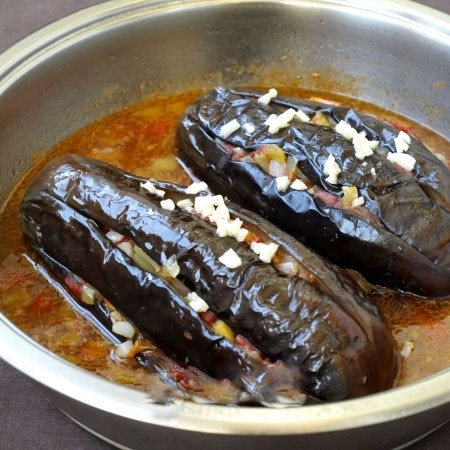 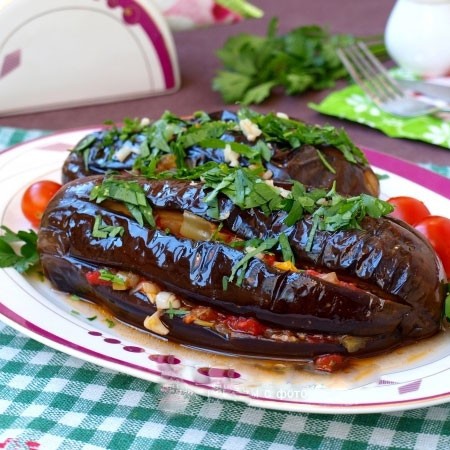