Chicken soup with rice and kohlrabi 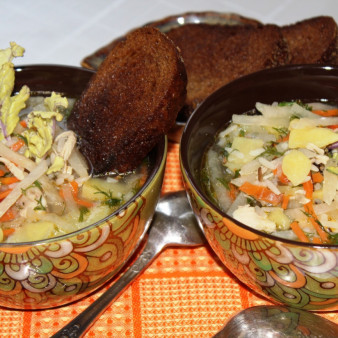 Chicken soup with rice and kohlrabi

Almost all the products in the photo, bell peppers from my garden (from the freezer), in the lens did not get only butter. 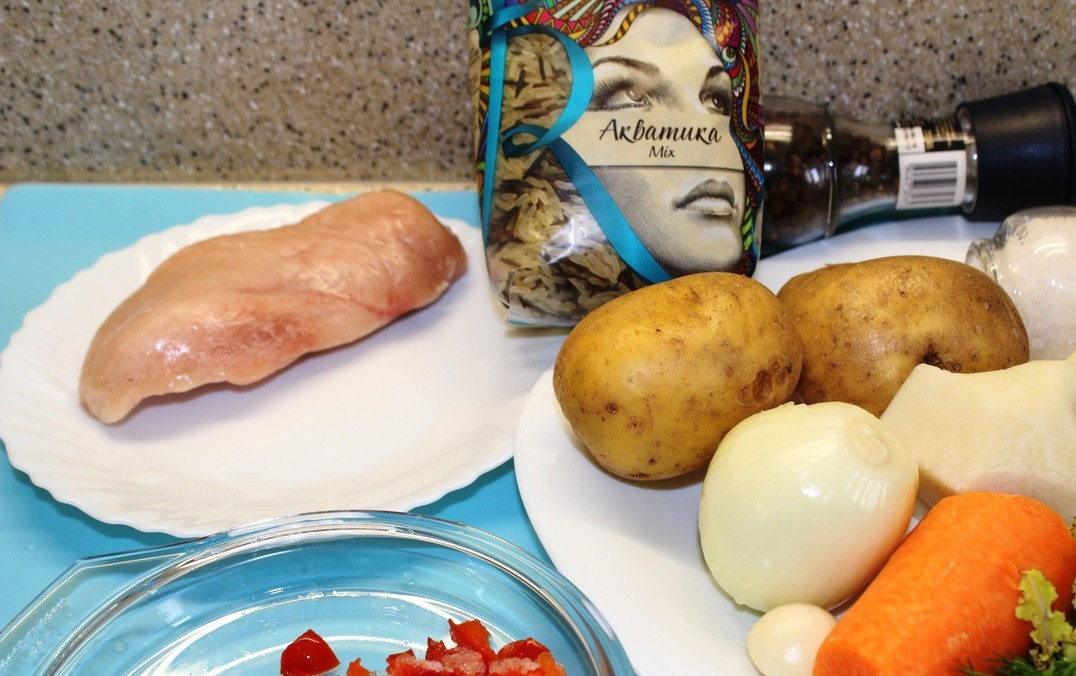 I washed and peeled the vegetables, saved the greens from the kohlrabi for serving. I cut the kohlrabi and carrots in sticks, the onion - in quarters of rings, the potatoes - thin slices, the dill - finely. 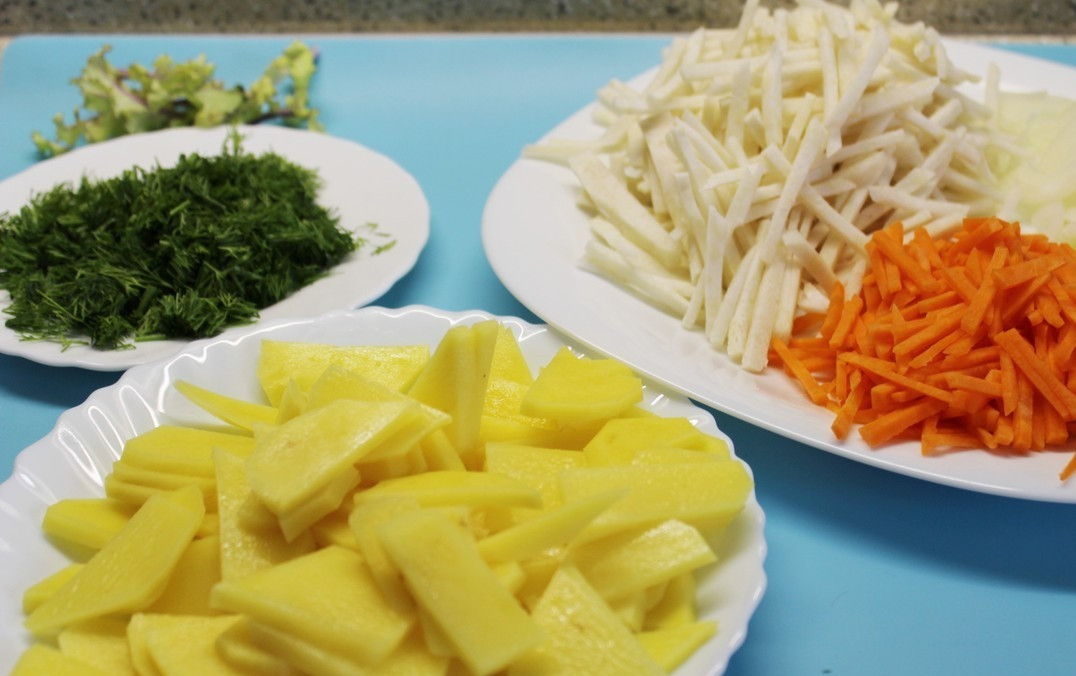 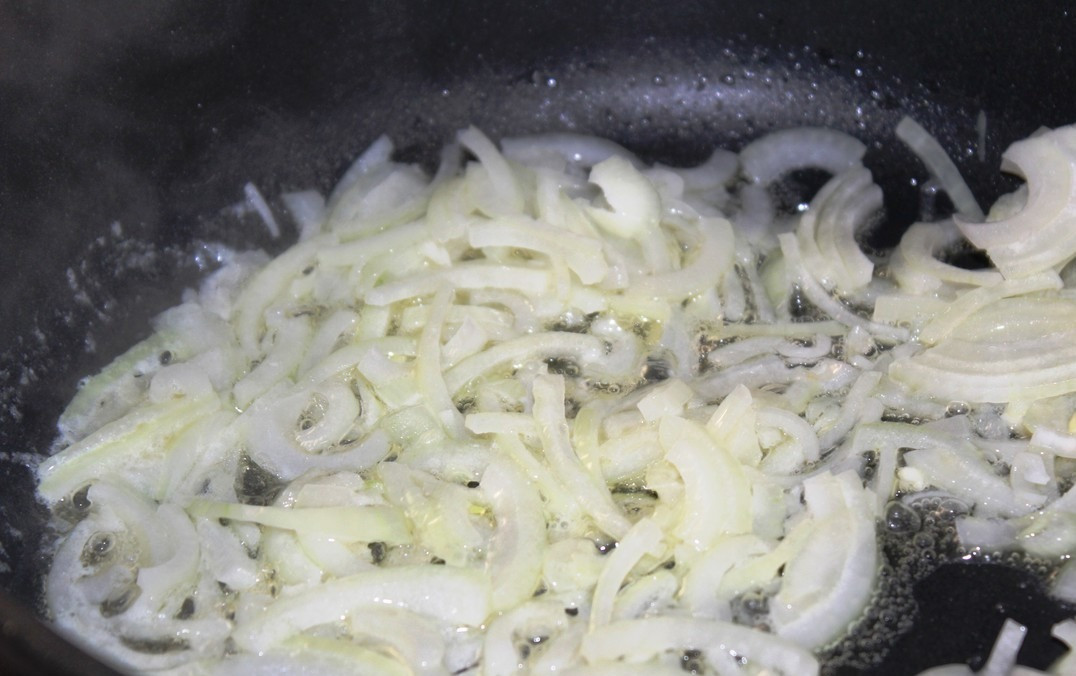 Then I added all the vegetables except the bell peppers to the onions, salted them a little and fried for about 5-7 minutes. 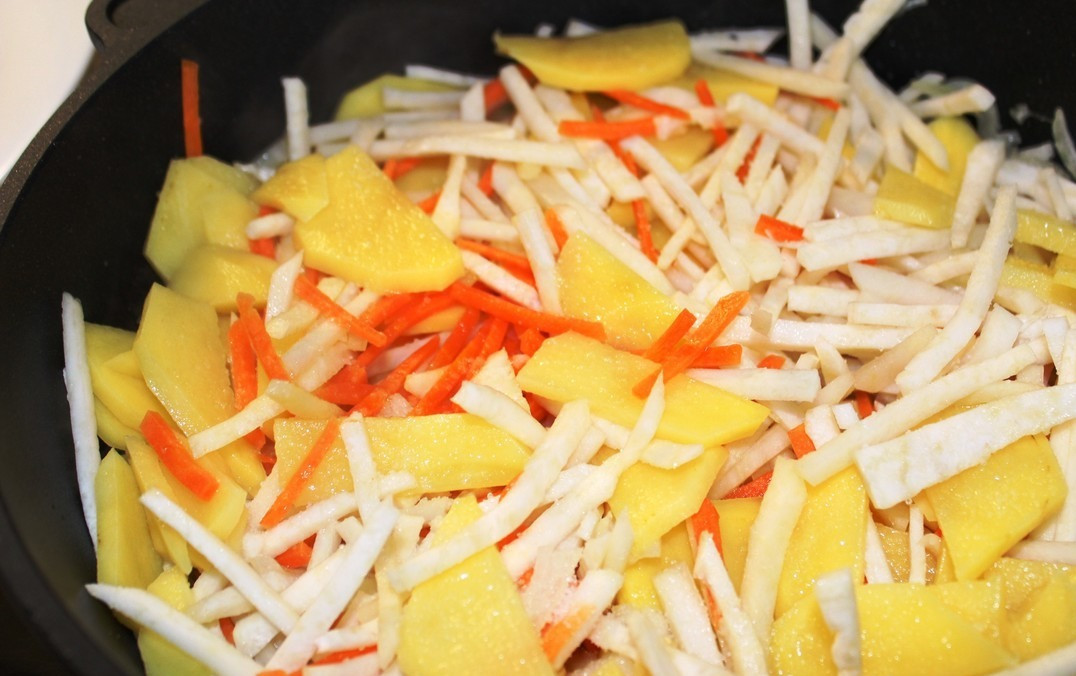 I took the chicken out of the broth and boiled the rice in it until half cooked. 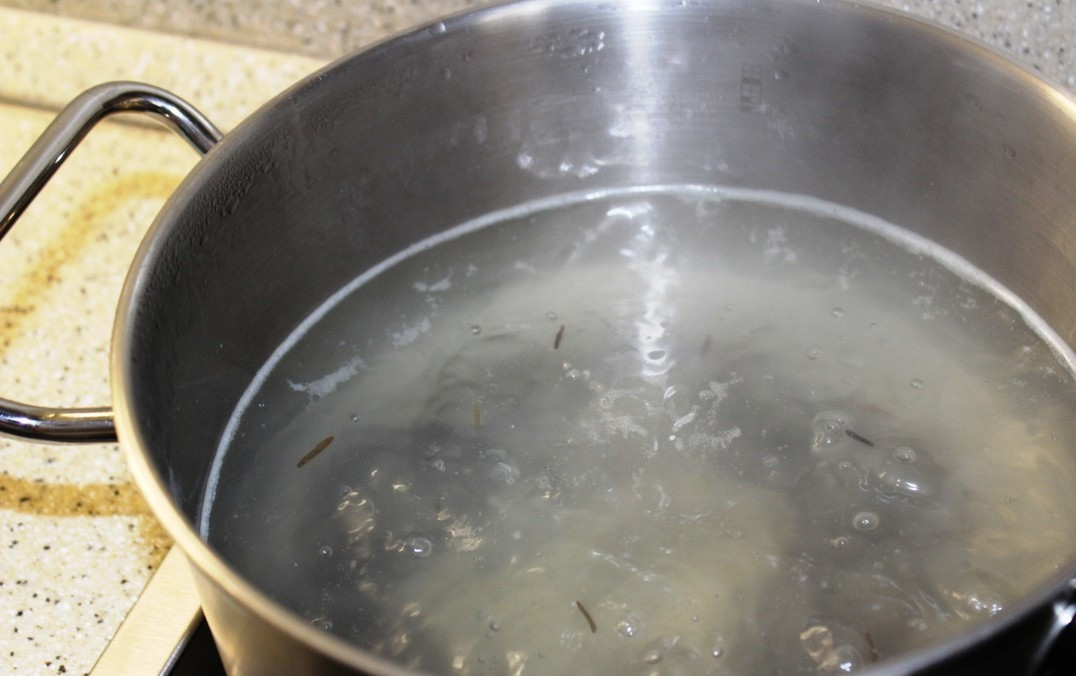 The chicken was cut into small pieces, the garlic - coarsely, prepared slices of bread. 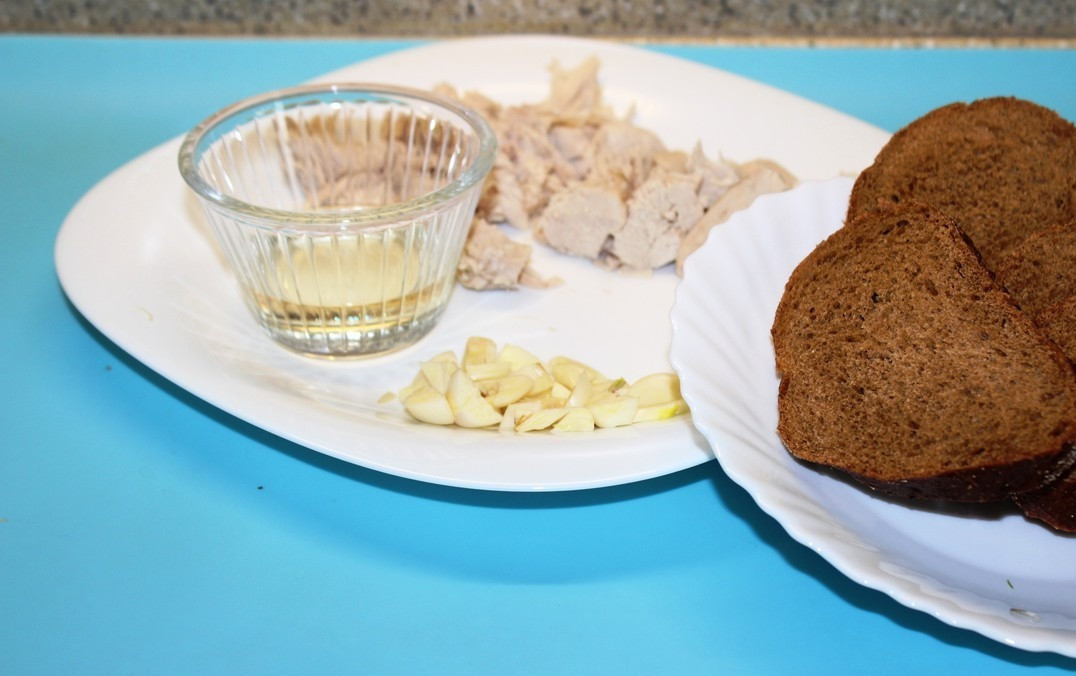 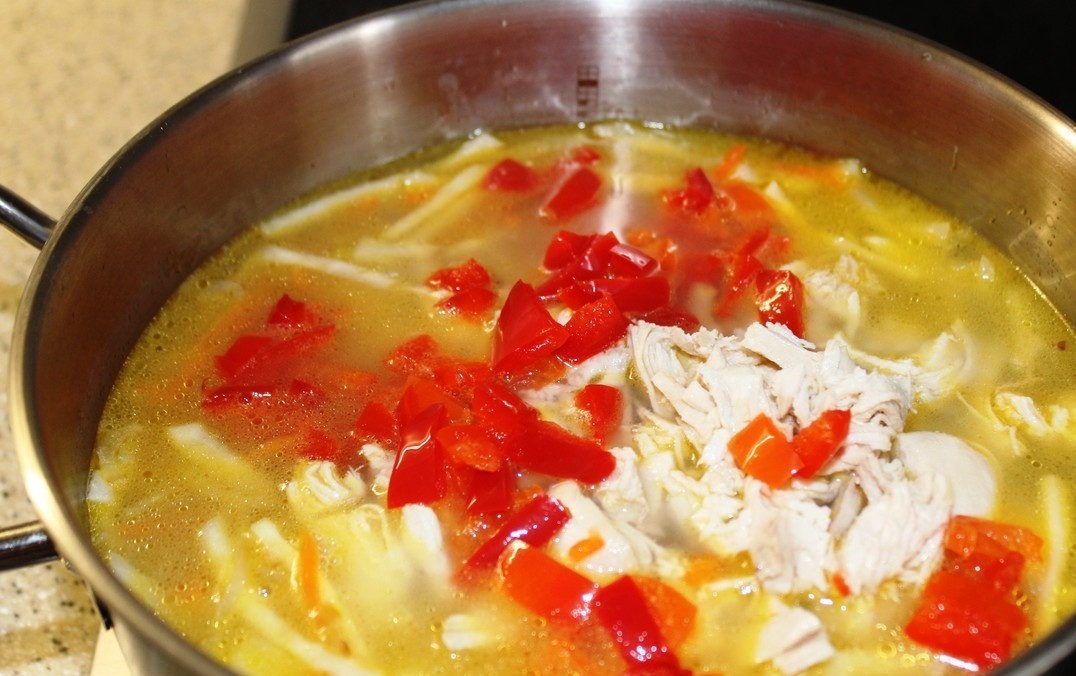 At the end of boiling I added dill greens.

I heated the sunflower oil in a frying pan and fried the garlic until crisp, then took it out and fried the slices of rye bread in this fragrant garlic oil. 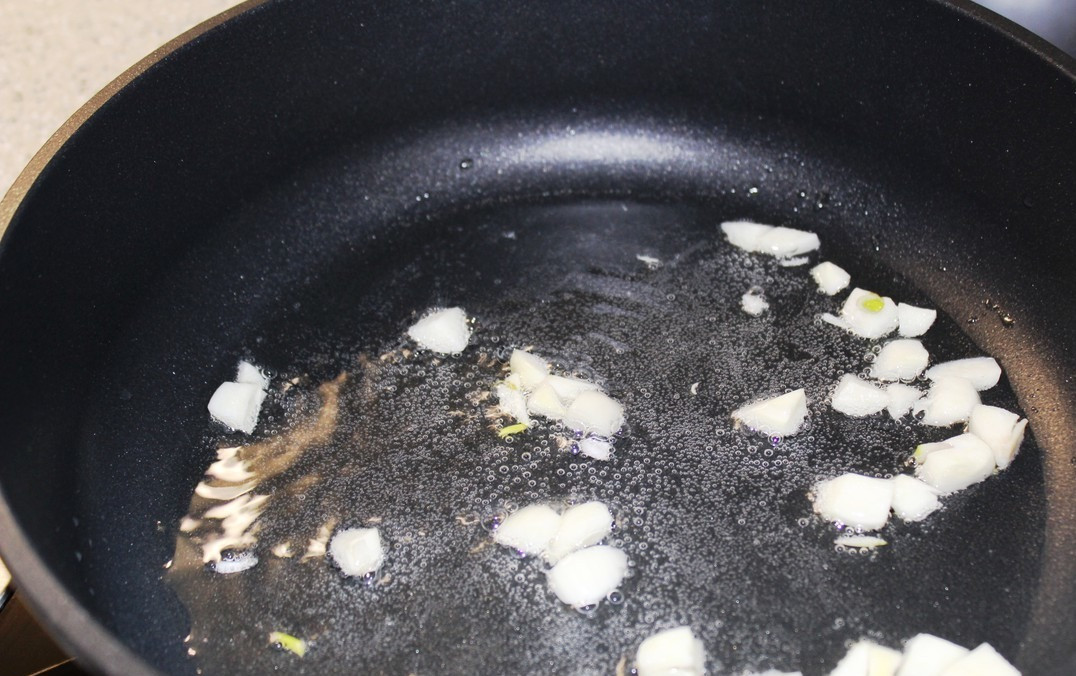 It could be served. The kohlrabi greens served as a nice decoration, and everyone added ground black pepper to the plate on their own. 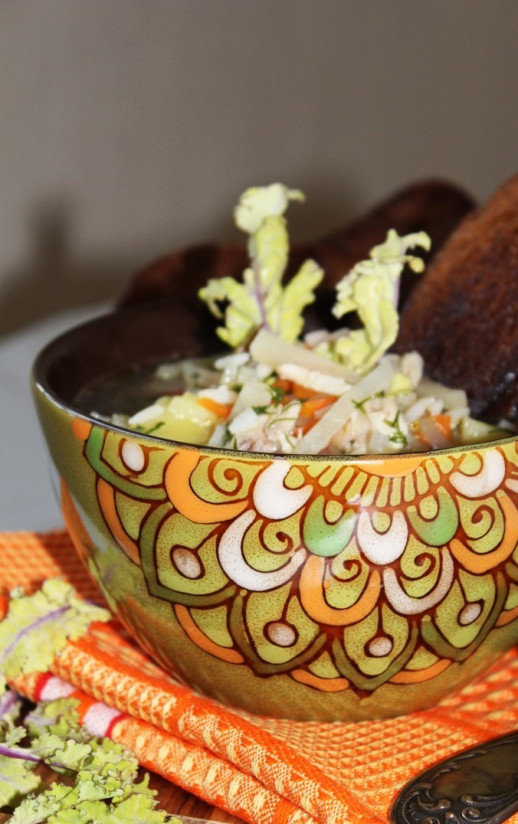