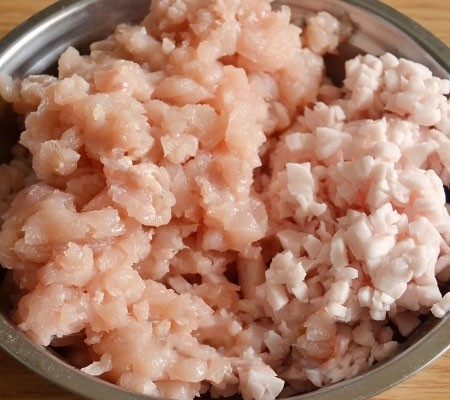 Add salt, spices and milk to the meat with lard, mix well until smooth. 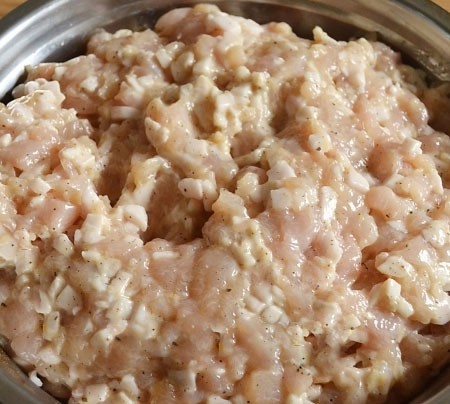 Rinse the guts well, tie one end with a thread, and put the other on a special nozzle to fill the sausage. Fill the sausage with minced meat and dress in several places to make small sausages. 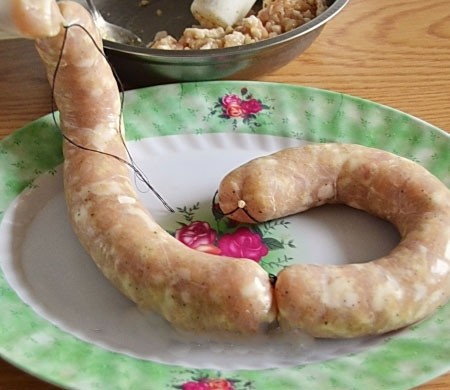 You can immediately bake the prepared sausage in the oven or fry in a pan, but I cook a little about 15 minutes after boiling to make the sausage more juicy. 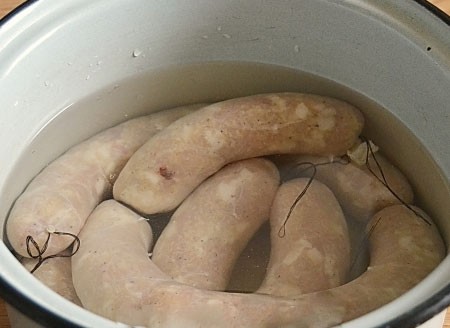 Then bake in the oven at 200 degrees for about 30 minutes or until golden brown. 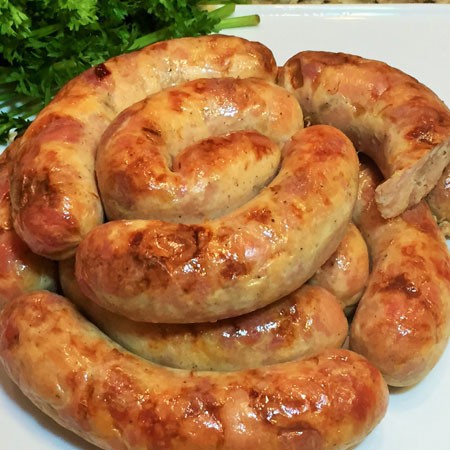 Chicken sausage turns juicy, tasty, satisfying and fragrant. such sausage can be boiled, baked in the oven, fried in a pan or cooked on the grill. For cooking sausages, you can use meat from any part of the chicken. To some, the chicken may seem a little dry, but when combined with lard, it becomes tender and juicy. Add your favorite spices and salt to taste.