Cut a large fillet (350 g) lengthwise, not cutting it to the end. Open it like a book and beat it a little. I had 2 small fillets. I cut them up, battered them a little and put them close to each other. Salt and pepper to taste. You can add spices for meat. 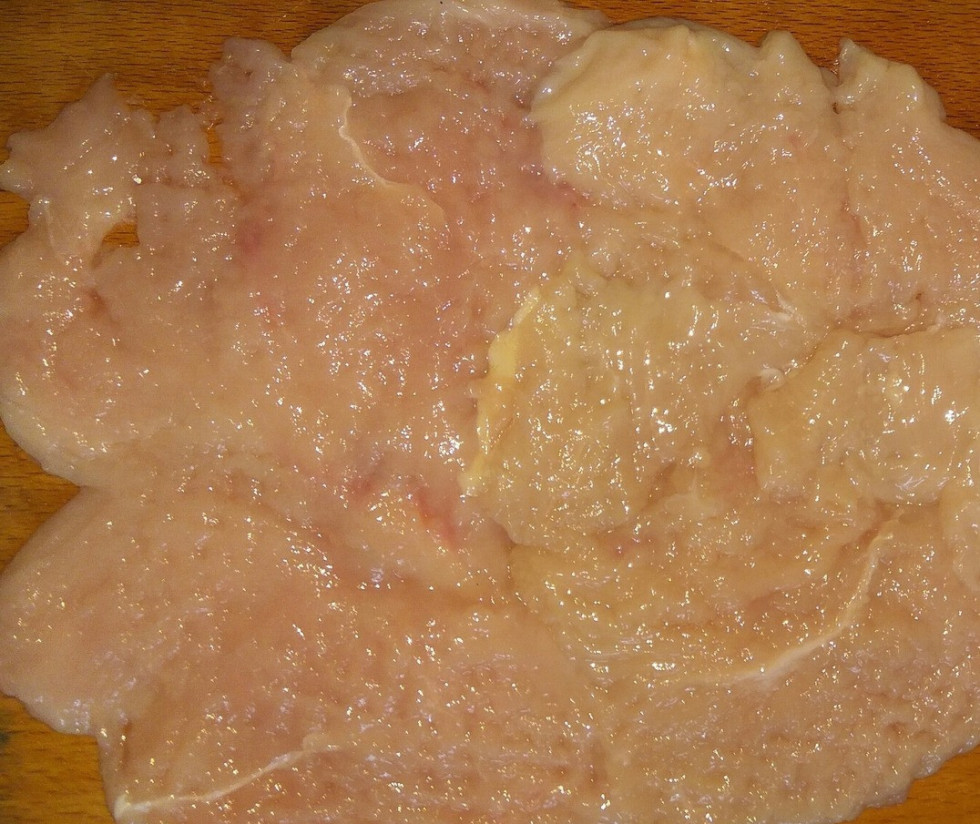 Chop 100 grams of fillet in a blender with half an egg and half an onion grated on a coarse grater. Add salt and chopped herbs, mix. 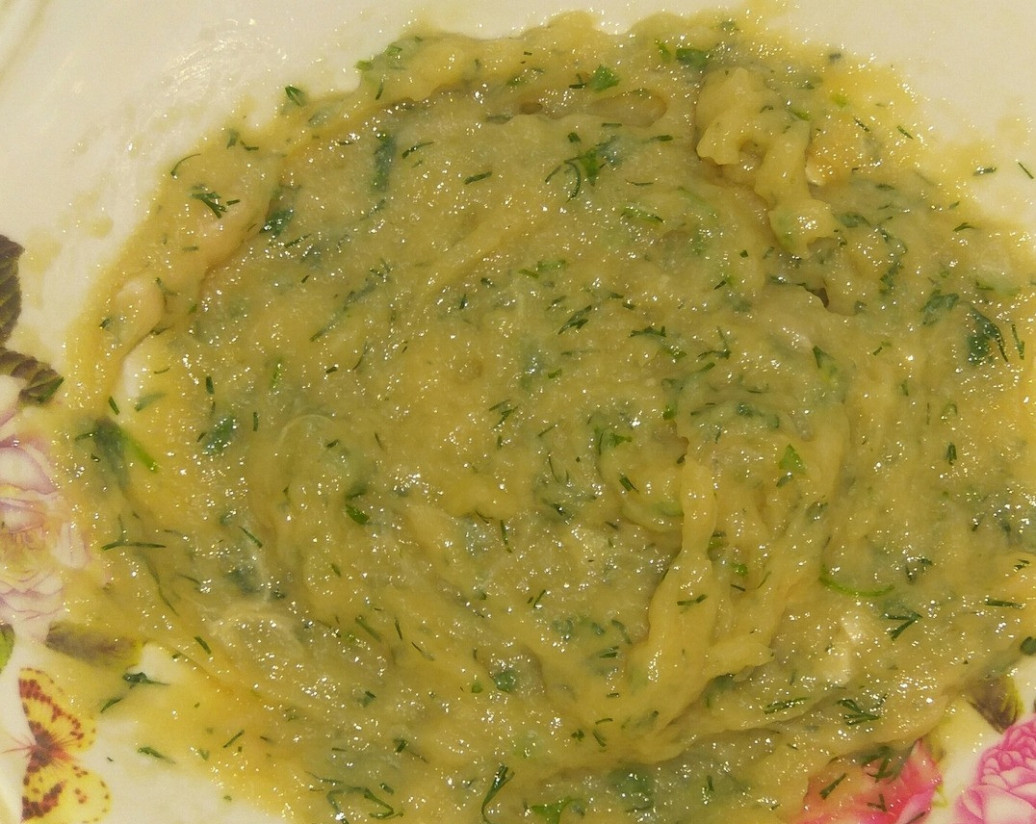 Place minced meat on the edge of the chopped filet. Roll up into a roll. 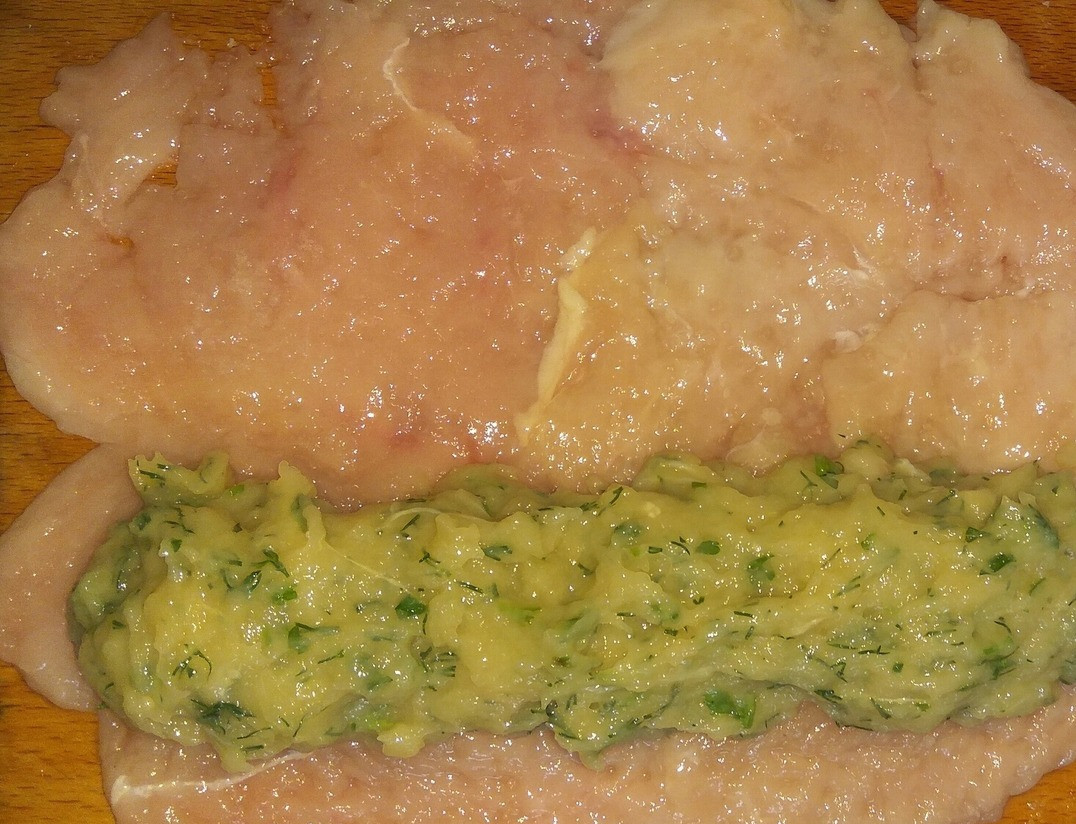 Butter the foil. Place the roll. Wrap tightly. Then take more foil and roll up a second layer, twisting around the edges like a candy. 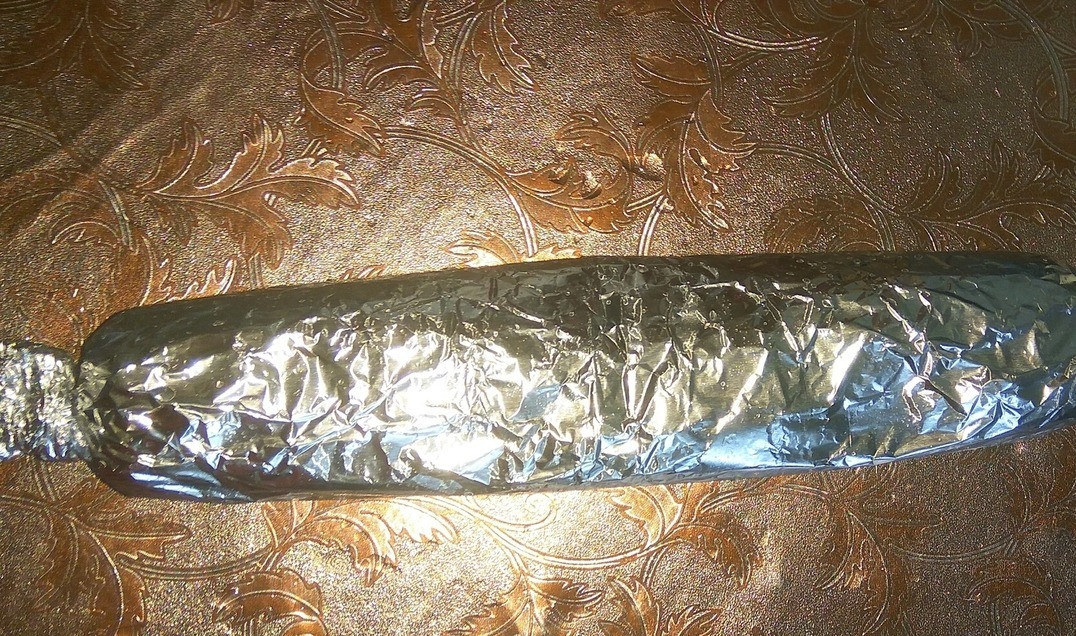 Put the roll in foil in the boiling water. Cook for 30 minutes over medium heat. 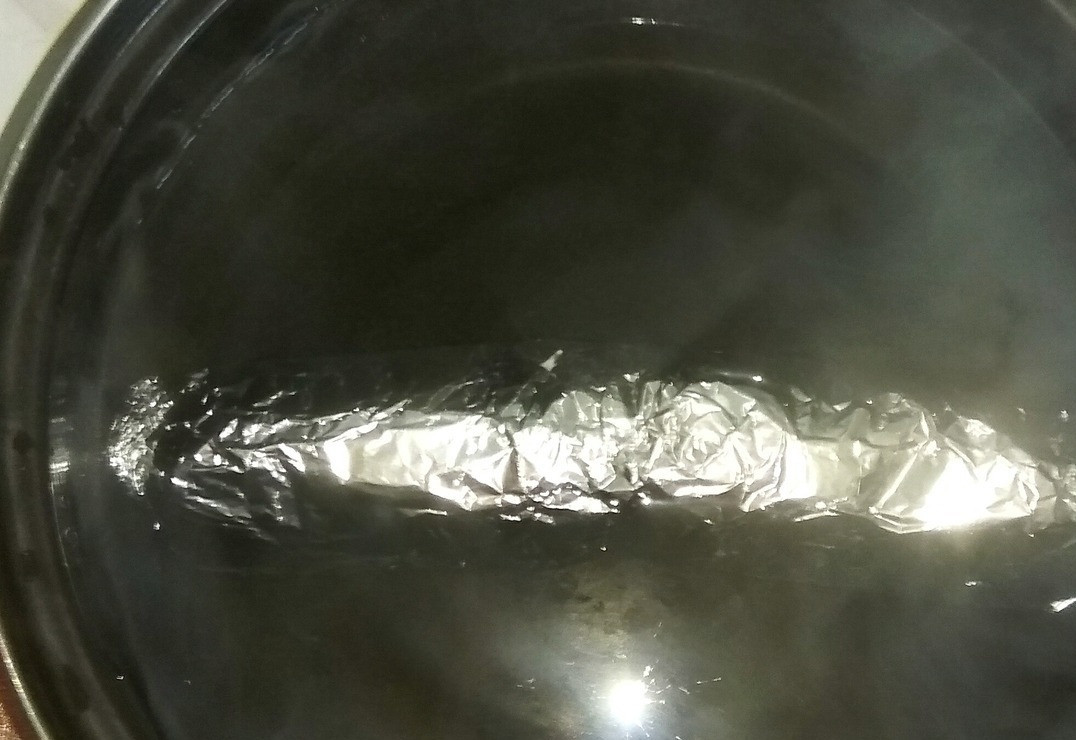 After 30 minutes, take out the roll, cool it. You can fry it in vegetable oil until it is nicely browned, or you can leave it as I did, the diet version, without frying. Slice and serve.