Peel the pike from the slices, gut it, rinse well and cut into portions. Salt and pepper to taste, let stand for 15 minutes to marinate the fish. 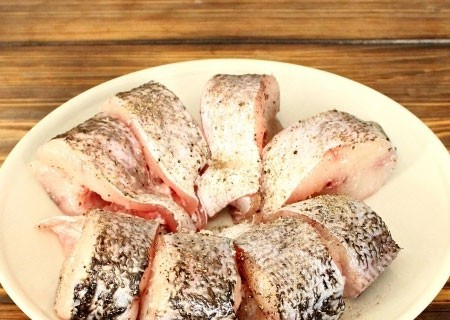 Cut the onions quite large and fry in vegetable oil until golden brown. 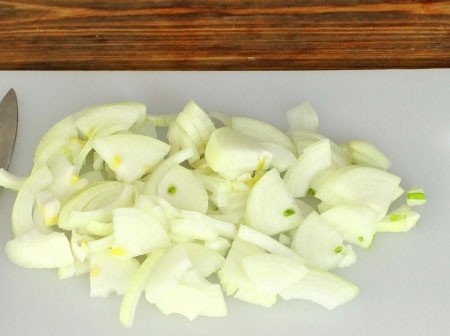 Fry the pieces of fish in oil until golden brown on both sides, no need to roll in flour. 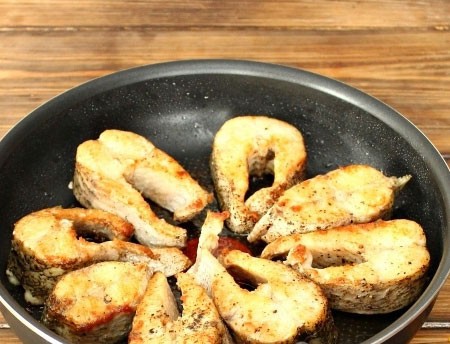 When fry the pike, put the onions in the pan to it, pour sour cream. Take sour cream not too fat so that it is liquid, if yours is thick then dilute slightly with water. Put the pan on the fire and after boiling reduce the heat to medium, cover and simmer for 15 minutes. Try the salt and salt or pepper if necessary. 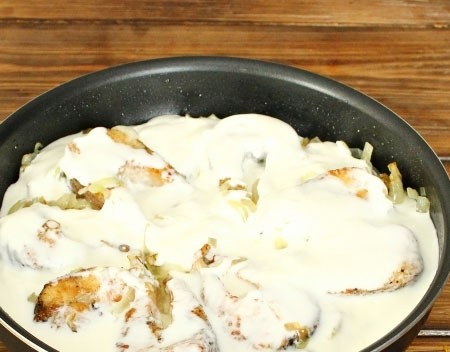 The pike is ready, serve with sour cream gravy. 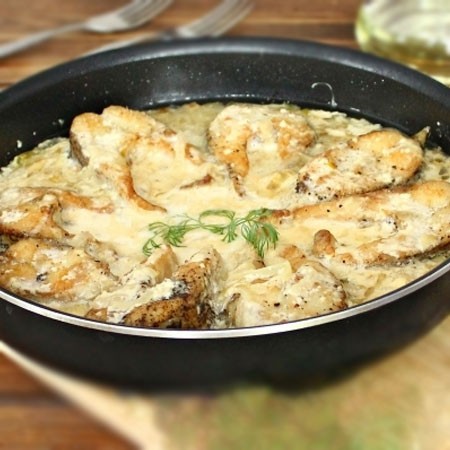 Braised pike in sour cream is a very simple, tasty and satisfying dish. Pike in itself is a very delicate and tasty fish, it is a pleasure to cook it. Pike in sour cream turns out incredibly tender and juicy, this dish is perfect for any side dish or as a separate dish. Pike meat is considered dietary, it is also bony, so you need to be careful when eating, but if you put it out well then the bones become soft and their presence is not felt.